A common thread across university athletic departments is an interest in serving alcohol to generate new revenues.
By Kendra Holaday, University of South Carolina 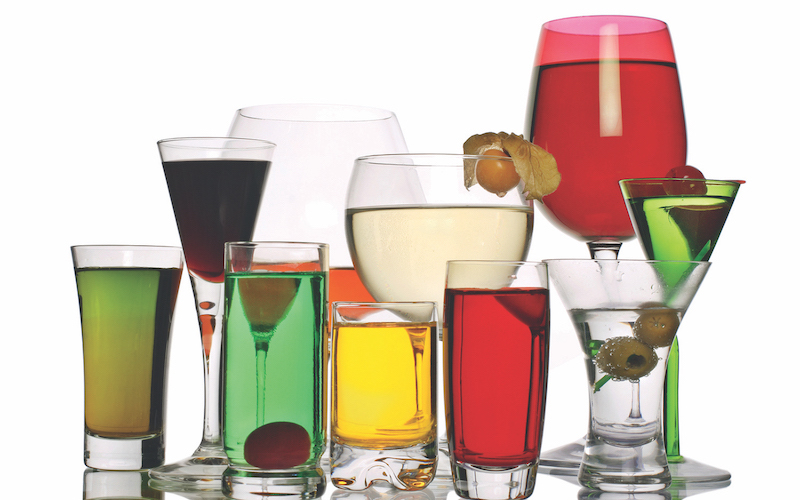 Premium and luxury seating within college athletics ranges from venues housing over 100 suites to venues with less than 20. There are venues serving alcohol throughout entire stadiums and venues without an ounce of alcohol being served. Athletic departments may feature robust staffs that include hospitality and premium seating departments, or people may be fulfilling these roles with titles that do not include the words premium, luxury, or hospitality. Even with these different makeups, common trends can be found throughout premium seating in college athletics.

In a recent survey that included NCAA universities as well as conversations with organizations such as Delaware North, The Bigelow Companies, T.E.A.M. Coalition, ALSD, and premium seating professionals within college athletic departments, some overarching trends are clear.

Selling alcohol within college venues could eliminate the mad pregame rush to finish drinks and allow for a more controlled, monitored setting for individuals to enjoy alcoholic beverages throughout the game.

When speaking with Jill Pepper of the T.E.A.M. Coalition, it was made clear that serving alcohol in college athletic venues is not viewed as a negative. If the alcohol is being served in the venues by trained individuals and in a controlled setting, they believe there is less risk. A few key words were frequently used during our conversation, including training, policies, safety, and responsibility.

Whether alcohol is offered within college athletic venues or not, the tailgating scene is likely to continue. Selling alcohol within these venues could eliminate the mad pregame rush to finish drinks and allow for a more controlled, monitored setting for individuals to enjoy alcoholic beverages throughout the game.

Reasons Not to Serve

If revenue could increase for college athletic departments and safety could improve, what’s the drawback?

The simplest answer to this question is conference or university policies and procedures. For example, the Southeastern Conference only allows alcohol to be sold in premium areas. In addition, some universities throughout the country will not allow it in their athletic facilities.

Throughout the survey, there were more complex answers, which included reasons such as an athletic department or university being a family name and family friendly, or a university having religious affiliations. In addition to these reasons, there were multiple responses stating alcohol is served in premium seating areas but not throughout the entirety of their venues because premium areas may lose some of their appeal.

These questions are not simply answered with a “yes” or “no” and vary depending on a variety of things. For example, it appears universities with a religious affiliation may be more hesitant to offer alcohol in their venues, whereas universities that have fans with the expectation and desire for alcohol to be available on gamedays likely want to enhance those gameday experiences without the same hesitation. Fan and donor expectations have shown to be one of the main concerns and drivers, both for and against alcohol being available and where it is available.

The next trend ties premium seating and alcohol sales in college athletics together. As mentioned before, some conferences and universities have set rules and regulations regarding the availability of alcohol within college athletic venues.

One of the common rules is that alcohol can be served in premium areas only. Universities have begun using this policy to their advantages when it comes to premium seating. The creation of lower priced premium seating areas has been on the rise. Some of these areas are referred to as “beer gardens” and are semi-private areas that have additional requirements for entry. The entry for these areas may be as low as an additional $5.00 in some cases. The survey has shown that college baseball venues are seeing this trend commonly, but other sports, including wrestling, volleyball, softball, and hockey, have also gained newer areas to accommodate similar needs.

Is Alcohol the Cake or the Icing?

If alcohol is sold throughout an entire venue, an exclusive amenity offered within premium seating areas is eliminated.

If alcohol is sold throughout an entire venue, an exclusive amenity offered within premium seating areas is eliminated. However, many participants also stated that exclusivity of an area is the primary reason people purchase premium seating within college athletic venues.

The availability of alcohol is seemingly a bonus, not the sole reason people are purchasing premium seating. People will still want to purchase suites or club tickets because of their private nature.

It is also important to note that the majority of venues offering alcohol at general concession stands are offering beer and wine. Liquor is typically only offered in the premium areas, if it is offered at all. If alcohol, in any capacity, is sold throughout college athletic venues, the appeal of premium seating does not completely go away, but other amenities and features will likely become more important.

In the upcoming months and years, the conversation surrounding alcohol sales in college athletic venues is sure to continue. University image and fan preference may impact the way premium seating and alcohol sales are handled, but the creation of lower priced premium areas throughout the revenue-generating and Olympic sports is likely the trend industry professionals will need to keep an eye on.