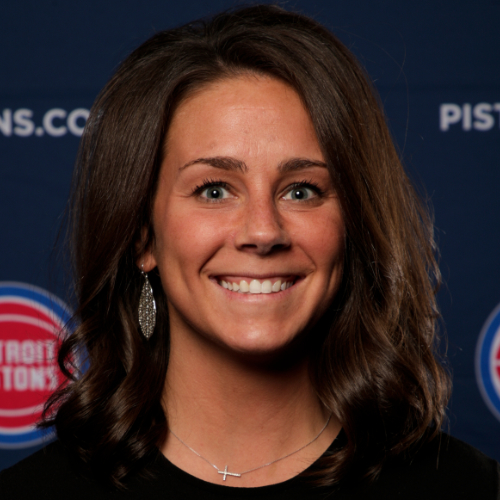 Amber (Matthews) Myczkowiak began her sports career as a Premium Services Intern for the Indiana Pacers in 2008. After much success throughout her internship, she secured a full-time position in the Pacers’ Inside Sales Department upon graduating from Trine University in 2009. After 5 short months, she was promoted to the Membership Services Department. In this role, Amber continued to excel where she led the organization in renewal percentage throughout her tenure, never falling short of 90%.

In 2016, an exciting opportunity not only for herself, but her family surfaced, presenting her with the opportunity to relocate to New Orleans where she worked in the retention department for the NFL powerhouse, New Orleans Saints as well as the up-and-coming New Orleans Pelicans. There, she continued her 90%+ retention streak averaging 92% that season.

The Fall of 2017 brought upon an even more exciting opportunity resulting in Amber and family to relocate back to her home state of Michigan. After accepting a position as the Manager of Premium Services, Amber began her journey with the Detroit Pistons. Within a year, Amber was promoted as the Director of Premium and Membership Development. She currently manages and oversees all premium and member retention efforts within the Ticket Sales Department ranging from renewing annual suite leases to half season memberships in arena seating.