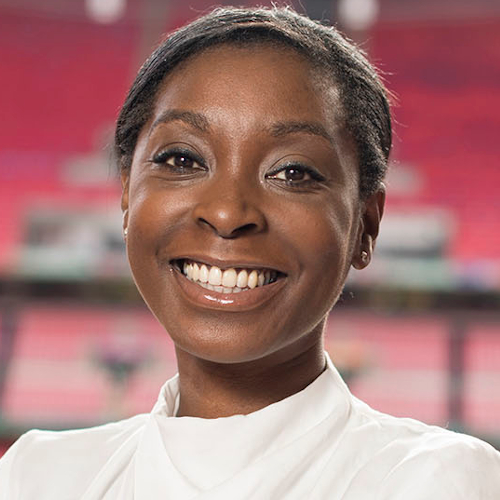 Having been with The FA since 2018, Charlene Nyantekyi has delivered a number of projects with Club Wembley that have seen the launch of two new memberships, the renovation of a number of the venue’s premium spaces as well focusing on the evolution of many of the memberships digital systems and customer touch points. Charlene joins the FA from a stint at Formula E where she led the charge delivering the Electric Street Racing Series premium events across the globe.

Prior to Formula E, Charlene spent four years with AEG Europe as Hospitality Director providing strategic plans, proposals and fulfilment for their European Live tours. Charlene was also integral to the concept and delivery of the Barclaycard presents BST Hyde Park summer concerts. But her story began at Arsenal FC starting as a receptionist on event days and culminating in the role of Premium Memberships Manager, over a 13-year tenure which saw successes for the Club both on and off the field when they relocated from Highbury to Emirates Stadium.