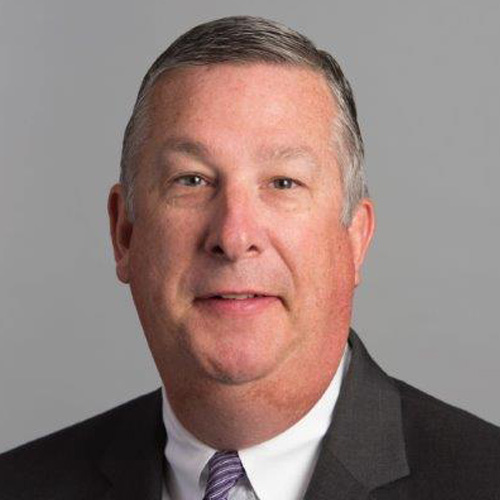 Greg began his career as a Chicago Bulls Tickets and Group Sales Representative and moved over to create and oversee the first-ever Shoot-The-Bull 3 on 3 Basketball Tournament. In 1994, when the United Center was built, Greg managed the 216 Executive Suites which were the most suites in any indoor arena in the country at that time.

Greg attends the monthly United Center ownership meetings. Greg is a founding member of the Association of Luxury Suite Board of Directors (ALSD) and serves on the Executive Committee. From 2015 to 2018, Greg served as President of the ALSD. He also served on the Advisory Board of the Ohio University Sports Management School. Greg, 56, is a 1986 graduate of Beloit College in Beloit, WI with a B.A. in Government and Secondary Education. Along with serving on a variety of community boards and commissions in Lake Forest, IL over the past two decades, Greg served as a two term Alderman in the City of Lake Forest. Greg, his wife Caryn, along with their 14-year dog Blaze reside in Lake Forest, IL Two of their three sons Casey (and fiancée Hilary) and Connor reside in Chicago, IL while their youngest son Kyle lives in Denver, Co.