The level of achievement at the HOK-designed venue is a first for a professional sports stadium.
By Jared Frank, ALSD 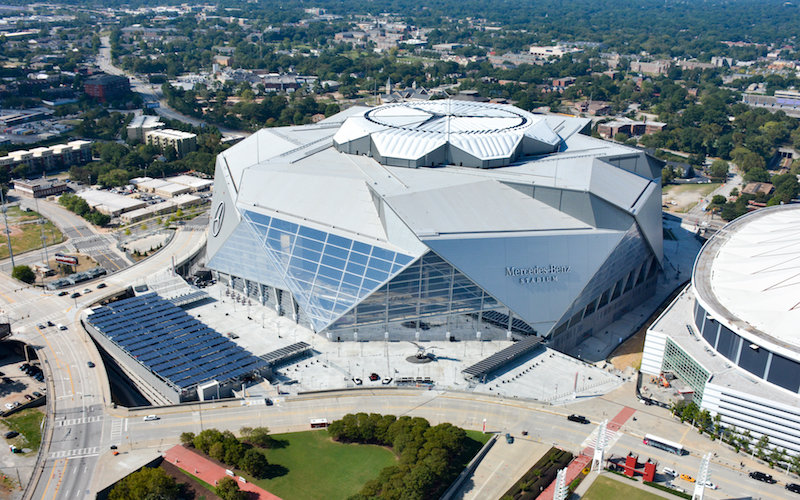 Mercedes-Benz Stadium has gone platinum. The new home of the Atlanta Falcons and Atlanta United was recognized in November by the U.S. Green Building Council (USGBC) as the first professional sports stadium to achieve LEED Platinum Certification.

The two-million-square-foot Mercedes-Benz Stadium is now the greenest sports facility in the world, having earned 88 total points (40-49 points (Certified), 50-59 points (Silver), 60-79 points (Gold), 80+ points (Platinum)). The score of 88 points, the highest ever for a sports venue, was totaled from several key sustainability achievements. 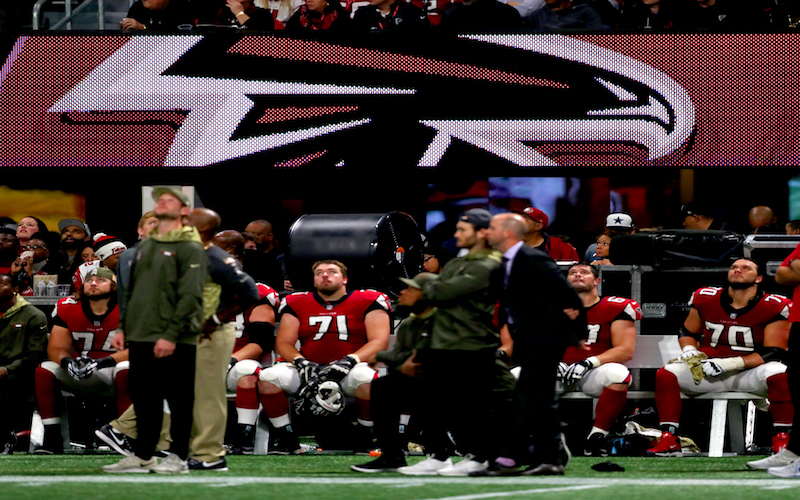 “We set out to build a venue that would not only exceed expectations, but also push the limits of what was possible in terms of stadium design, fan experience, and sustainability,” says Arthur Blank, Owner and Chairman of the Atlanta Falcons and Atlanta United. “We set a goal of achieving the highest LEED rating because it was the right thing to do for our city and our environment, and with this achievement, we have a powerful new platform to showcase to the industry and to our fans that building sustainably and responsibly is possible for a venue of any type, size, and scale.” 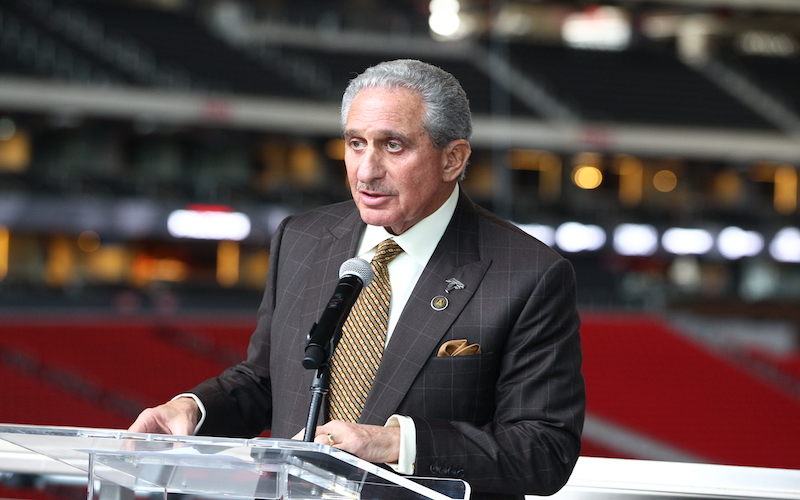 Arthur Blank, Owner and Chairman of the Atlanta Falcons and Atlanta United

“With this achievement, we have a powerful new platform to showcase to the industry and to our fans that building sustainably and responsibly is possible for a venue of any type, size, and scale.”

Arthur Blank has been committed to sustainable building practices for many years, having built the first LEED Gold building in the state of Georgia in 2004 – the Arthur M. Blank Family Office in the Buckhead neighborhood of Atlanta. To achieve an even higher standard at Mercedes-Benz Stadium, the venue partnered with many leaders in green building, including architectural firm HOK, the stadium’s solar provider and official sustainability partner Georgia Power, and sustainability consultant Ecoworks Studio.

In addition to its sustainability advantages, LED lighting and efficient use of water and energy will also lead to significant operational savings over the lifetime of Mercedes-Benz Stadium, which is expected to annually host over 50 events, public tours, and private events. The multipurpose venue is also hosting upcoming major events, including the 2018 College Football Playoff Championship Game, the 2019 Super Bowl, and the 2020 NCAA Men’s Final Four. It will also participate in the sports industry's 28th Annual ALSD Conference and Tradeshow. 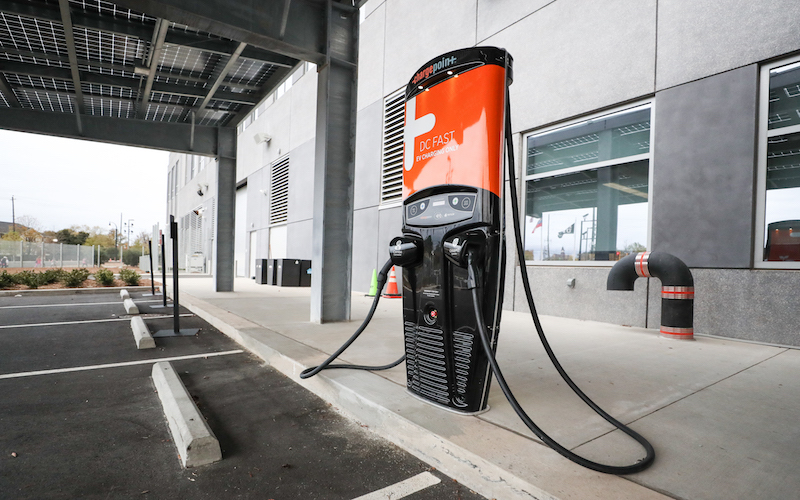 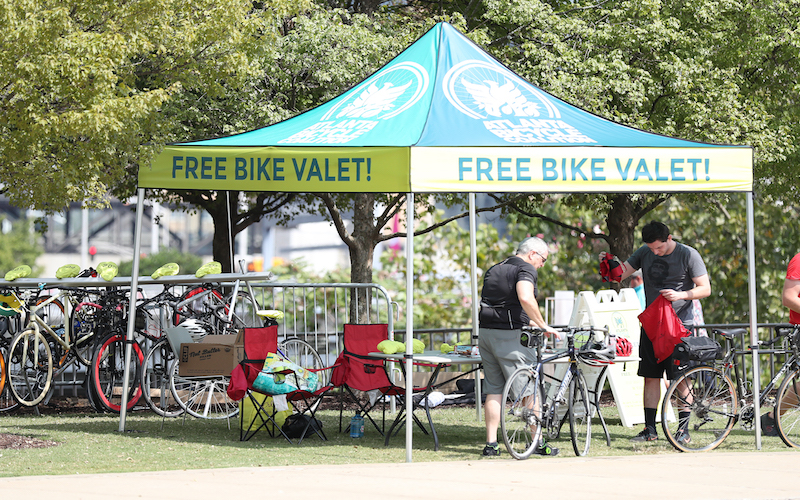 “By achieving LEED Platinum, Mercedes-Benz Stadium is showing fans and the larger Atlanta community that the Atlanta Falcons and Atlanta United leadership is committed to creating a space that is healthier and more sustainable,” says Mahesh Ramanujam, President and CEO of USGBC and Green Business Certification, Inc. “We commend Mr. Blank and his leadership team for raising the bar for their industry, creating a better experience for fans, and for helping to transform the built environment.” 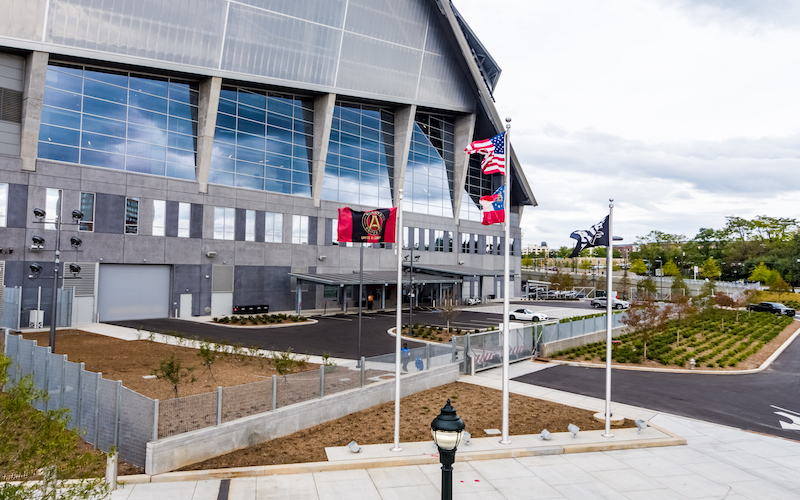 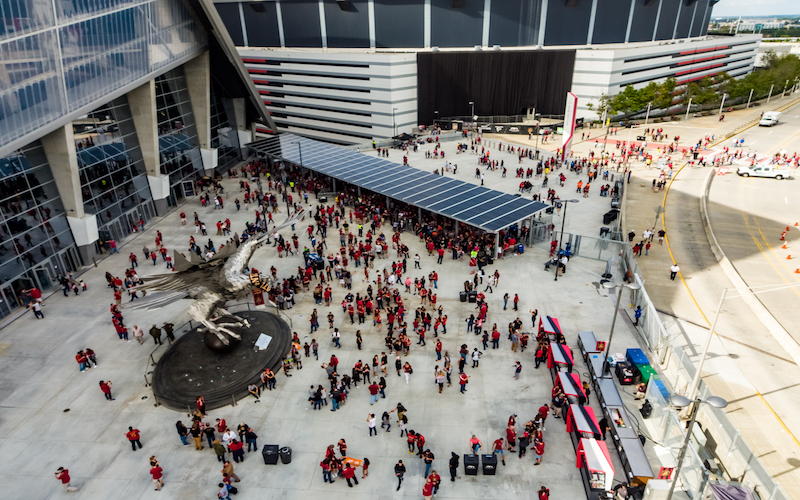 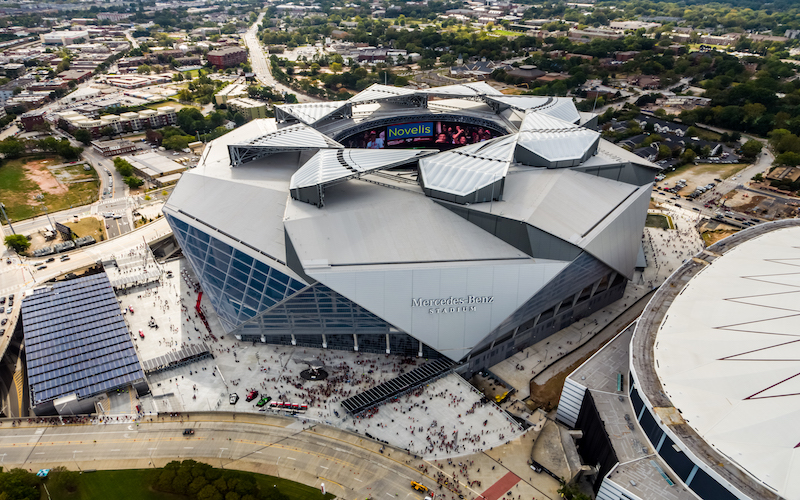 All video and photography are courtesy of AMB Group.

The 2018 ALSD Conference and Tradeshow, Sports Venue Design & Build Forum, and Sports Sales Boot Camp will be held concurrently during June 24-27 in Atlanta, Georgia – the home of Mercedes-Benz Stadium.