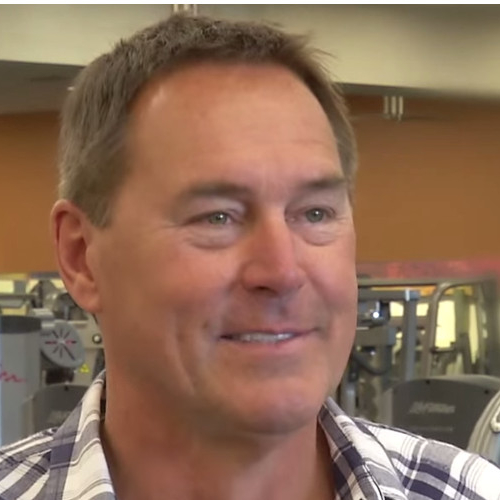 Dwight Edward Clark (born January 8, 1957 in Kinston, North Carolina) played for the the San Francisco 49ers from 1979 to 1987. He was a member of two Super Bowl Champion teams and is most remembered for "The Catch" against the Dallas Cowboys.

NFL Career
Bill Walsh drafted Dwight Clark as the first pick of the 10th round, out of Clemson University in the 1979 NFL draft. Clark embarked on a stellar career for 49ers in which he had 506 catches for 6750 yards and 48 touchdowns, along with 50 rushing yards. He led the NFL in receptions (60) during the strike shortened 1982 season, and made the Pro Bowl twice in 1981 and 1982 in his 9 NFL seasons.

"The Catch"
Clark's most memorable touchdown came in the 1982 NFC Playoffs. On January 10, 1982, against the Dallas Cowboys, the San Francisco 49ers were trailing 27-21 in the final minute of play to advance to the Super Bowl. Clark leaped and caught a six-yard pass from quarterback Joe Montana in the back of the end zone to give the 49ers a 28-27 victory. That play, one of the most famous in the history in the NFL, has been immortalized as "The Catch" practiced as the "Hail Mary." Clark finished the game with eight receptions for 120 yards and 2 touchdowns.

Retirement and Legacy
After eight successful seasons with San Francisco 49ers, Dwight Clark retired after 1987 NFL season. To honor Clark, the 49ers retired his number 87. After retirement, he has served as a team executive for both the Cleveland Browns and the San Francisco 49ers.