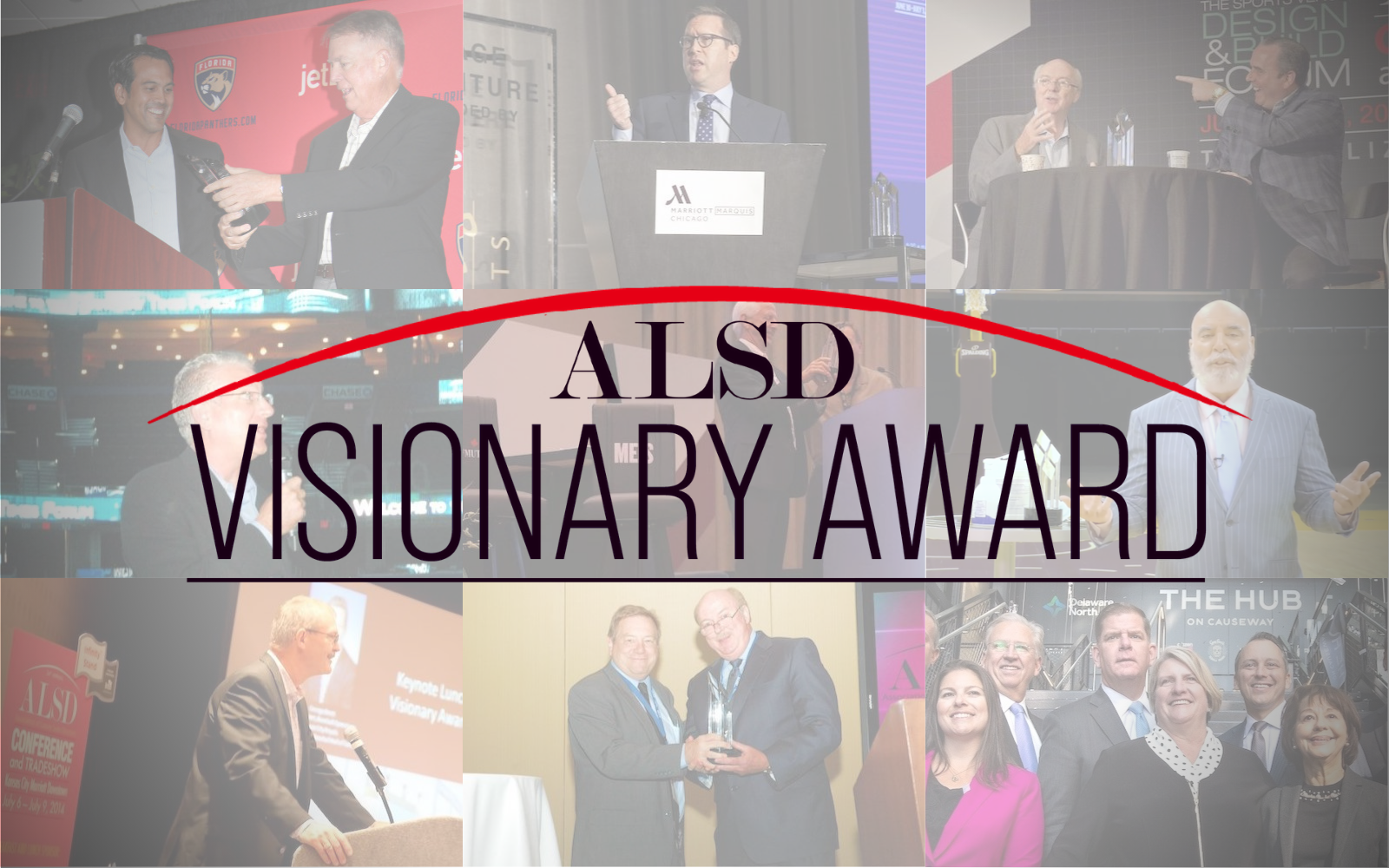 The ALSD focuses its awards programming every year on an elite few, focusing on the industry’s best, and not its many. In addition to our Spotlight awards, we recognize one, and only one, individual each year with the ALSD’s Bill Dorsey Visionary Award. It is presented in conjunction with the annual ALSD Conference and Tradeshow, the world's largest gathering in the sports and live events industry devoted to premium seating and venue development.

The Bill Dorsey Visionary Award distinguishes a universally appreciated industry leader whose passion and performance have led his or her organization to new heights in sports and entertainment. The award does not necessarily praise innovation... but it can. It does not necessarily celebrate a lifetime of achievement... but it does. The criteria for selection starts with something else, something intangible.

“The Visionary Award is very much about character, reflected in the fact that our visionaries inspire loyalty,” says Bill Dorsey, Founder and Chairman Emeritus of the ALSD, for whom the award is named. “It is amazing how few people leave the visionaries for which they work. They inspire love and loyalty, and yet can still be tough when it matters.”

This year’s recipient is Mel Raines, who will be honored at the 33rd Annual ALSD Conference and Tradeshow, July 9-11, 2023 at the JW Mariott in Indianapolis.

“In a visionary, we look for someone with a solid foundation, foresight to revolutionize an operation, and fortitude both personally and in the team she’s built," says Amanda Verhoff, ALSD President and Executive Director. "Mel represents these intangibles and more. Wait until you hear her path to Pacers leadership. We are truly honored that Mel has accepted.”